Last Saturday was a Club Am Am 2 from 4 and was played in beautiful, sunny, warm weather. With 118 players signed on for the comp the place was buzzing and scoring was good.

In 3rd was the team of Steo Caley, David Kinrade, Rob Tate Jnr and Michael V Kelly with 87 points. Just ahead of them were Robert Gardner, Graham Smith, Neil Robb and James Smith with 88 points, just missing out on top spot after a last 6 hole countback. The winning team members were Vic Ferns, Paul Aston, Danny Howland and Steve Corlett also with 88 points. Nearest the pin on the 10th was won by Peter Manzi.

This Saturday is the 1st round of the Will Kirkpatrick Medal and the 1st week off the white tees, summer must be nearly here!

Sunday was even warmer than Saturday and even though it was Mother’s Day, 20 players contested the Pro Shop Open Stableford. Tony Grant was the eventual winner with 36 points ahead of Nick Lyman who won a last 9 hole countback, to claim 2nd with 35 points. In 3rd was Rob Tate Jnr with his 2nd prize of the weekend.

The women had a lovely day last Thursday too with blue skies and mild conditions. They were playing for the Nixon Tray Stableford and Eirian Singer won with 34 points. In 2nd was Linda Keegan with 33 points and in 3rd, after a countback was Lady Vice Captain, Sally Morgan-Moodie with 32 points.

Our Junior Clubnights got off to a great start on Tuesday and although it was a chilly, breezy evening, we had over 30 participants who took part in putting comps, a longest drive comp and a chipping contest. Daniella Bettridge, the Junior Captain, presented all the prizes, results as follows: 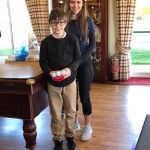 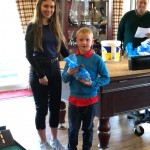 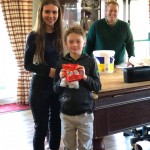 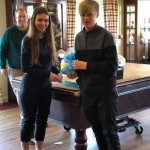 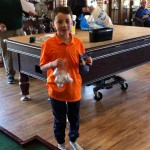 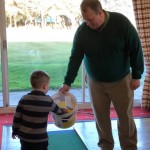 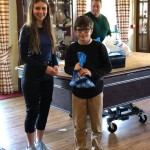 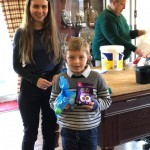 We had a very successful and busy Mother’s Day Weekend last week. Saturday afternoon we held a Mother’s Day Afternoon Tea which over 70 people of all ages attended during the course of the afternoon. They enjoyed a beautiful selection of freshly made sandwiches, homemade scones and cakes and other sweet treats such as chocolate maple flapjack. All the Mums received a gossamer bag filled with chocolates as an extra treat.

Sunday was our Mother’s Day Carvery and over 80 people were present for 3 courses of excellent food, beautiful views of the course and surrounding hills and a lovely atmosphere. The Mums on Sunday also received a gift of a gossamer bag filled with fragrant individual soaps. A great weekend was had by all.

Our Annual Men’s Dinner is being held on the evening of Friday 12th April and the list is filling up nicely. Priced at £21 per person, guests will enjoy a 3 course carvery followed by tea and coffee. The after dinner speaker is former professional footballer and Peel resident Rick Holden, whose playing career included spells at Manchester City and Oldham Athletic so it will be an interesting night. The usual game of ‘heads and tails’ will be contested for a cash prize so you could go home with a pocket full of money! If you would like to attend but haven’t added your name to the list contact the club on 843456 or 842227. There will be transport available from/to Douglas and places inbetween but we need to know in advance for numbers.

Due to popular demand our Afternoon Teas are now being served every weekday afternoon between 12pm – 3pm. There will be the usual selection of sandwiches, cakes, scones and sweet surprises and of course it is served on lovely bone china plates with dainty cups and saucers. To wash it down we have an extensive selection of teas and infusions or coffee if you prefer. 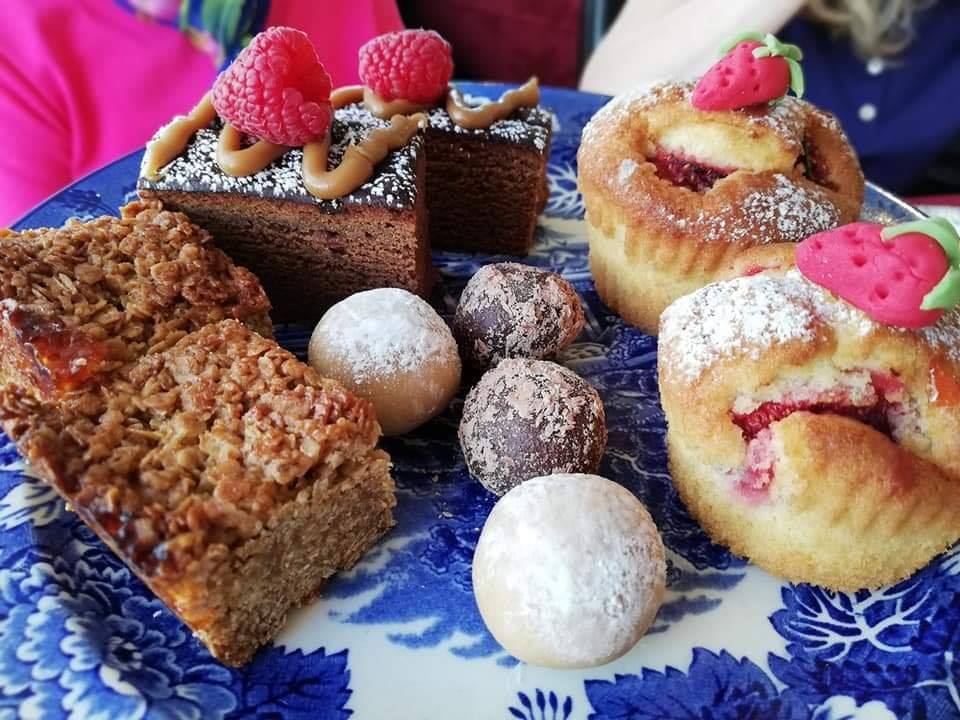 This year’s Easter Eggstravaganza is on Good Friday 19th April from 12pm until 4pm. £5 per child will include the Easter Egg Hunt, and an Easter Bonnet Competition. There will also be a barbecue (not included in the £5) and many more Easter activities.  This is always a very popular day so keep an eye on Facebook and look out for our posters. Fun and chocolate for everyone!

Last weekend we enjoyed some beautiful weather for golf which brought everyone back out of their 2 week retirement! We had 118 entries into the March Monthly Medal and the fantastic weather also brought some great scoring at the top of the leaderboard with the top 8 all being under par.

END_OF_DOCUMENT_TOKEN_TO_BE_REPLACED

Last Friday we held our St Patrick’s Day Am Am Shotgun and although the morning’s weather tried hard to put players off, by the afternoon it was sunshine even if it was very cold and blowing a hoolie! We had a great turnout for what turned out to be a fantastic day of golf.

END_OF_DOCUMENT_TOKEN_TO_BE_REPLACED

Once again the weather took centre stage for last Saturday’s stableford, with the members booked on early tee times having the best run at the course. Fifty two members played but with heavy wind and rain setting in at midday, the course was empty in the afternoon except for the hardy fourball of Brian Horne, Chris Kelly, Rob Brew and Bob Tate!
END_OF_DOCUMENT_TOKEN_TO_BE_REPLACED

This week we held the 2nd Monthly Medal of the year and with the weather proving to be slightly more challenging than was originally forecast, the 84 members that signed on were greeted by strong winds but bright conditions. Heavy rain showers in the afternoon will have caught many out but the race to the top was very close. The 3rd, 4th and 5th placed players all scored 69 nett and the winner of the countbacks to take 3rd was Bob Clague. James Smith took 2nd place with a nett 68 and this was enough to realise his dream of getting past the 19 handicap mark! The day’s winner and also taking the lowest gross prize was Martin Cairney with a superb 73 less 7 for a nett 66. Nearest the pin on the 10th was won by Kevin Middleton.

END_OF_DOCUMENT_TOKEN_TO_BE_REPLACED

Last Saturday’s men’s competition was a Club 4BBB which was very well subscribed in spite of the tough, windy conditions.  The scoring on the day was surprisingly good at the top half of the leaderboard with 3rd to 14th places being separated by only a single point!